Seun Omojola faced sexual assault one time at popular Yaba market in Lagos because of her busty bossom.

Nollywood actress and producer, Seun Omojola, has revealed how awkward she feels most times in public due to the size of her breasts.

“When I go to the market, especially Yaba Market, I get a lot of unpleasant comments from the traders, which make me uncomfortable. There was a day a man touched my breast to know if it was real; it was annoying.”

She also stated that while growing up, she was often the center of attention as her peers had smaller breasts.

“At some point as a kid, I was confused because I didn’t understand why my breasts were bigger than those of my peers. But as grew older, I became comfortable with who I am.” 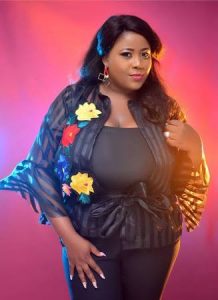