Versatile Nollywood actor, Kiki Omeili has released the trailer for her debut feature film production, Run, which is billed to air in cinemas nationwide from August 23rd 2019.

SYNOPSIS:
A hardworking, uptight young woman who lives a dull and routine life, witnesses something one night that throws her life into chaos and puts her in situations she has never been in before.
She is then forced to do things that she has never done before to get herself out of the mess and back to her former life.

For The Kixstar Entertainment Company 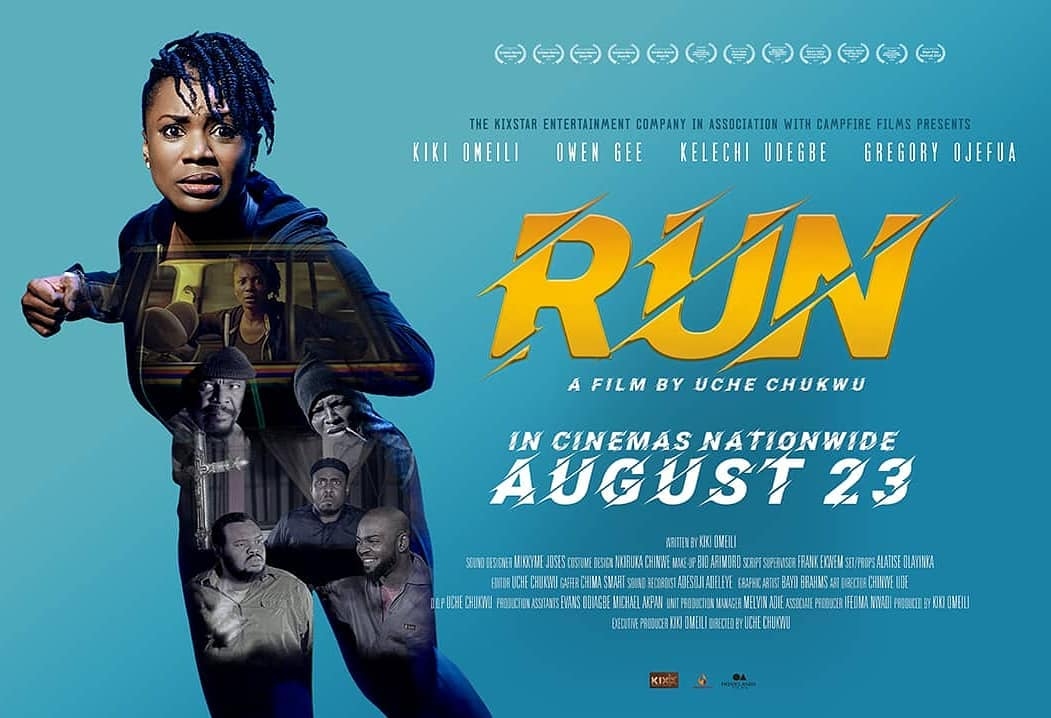